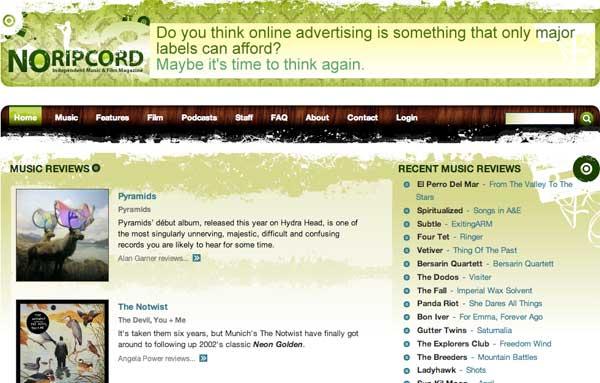 No Ripcord is an independent music and film magazine specialising in feature articles and reviews of the latest album and cinema releases. The website was originally created in April 1999 by current editor David Coleman. The current version, which launched on 27 April 2008, was designed by Sean Hodge and developed by Ronny López using Drupal.